After writing this post, so many of you said you want to read about my surprise pregnancy so here we are! I probably should’ve wrote this years ago since Cam is going to be 4 this year but better late than never, right? 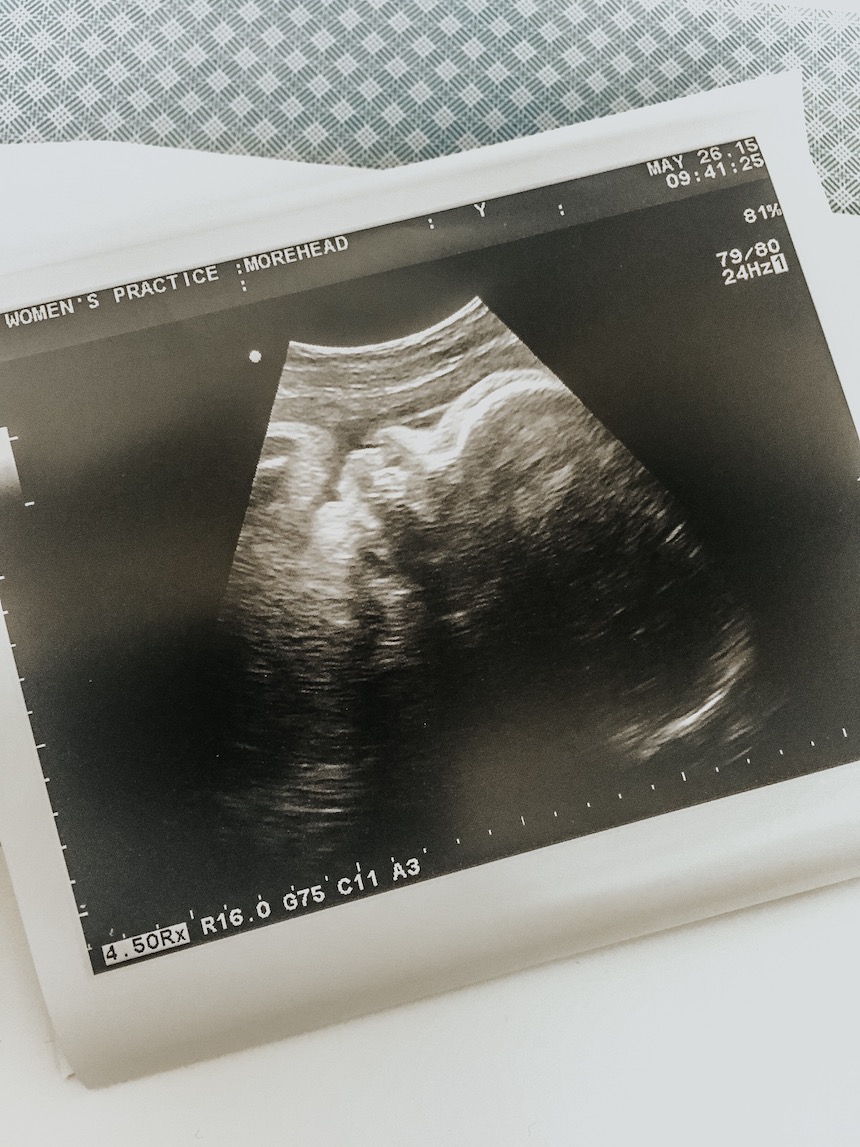 TEST DAY.
You know those days that had a big impact on your life and you remember every little detail? That’s how my pregnancy test day is. It’s still so fresh in my mind, it feels like yesterday! It was the day after Halloween and I just felt off. I knew it wasn’t just a hangover because I didn’t feel good the night before either. I actually tried ditching my friends because I was so tired but they gave me crap so I obvi sucked it up and went out (btw we were all dressed as bananas lol). We went on a party bus, drank too much fireball, yada yada yada. I woke up at Kyle’s the next day and we walked to LuxBar for brunch. I ordered a bloody mary and one of my fav meals – an everything bagel with lox. I took one bite and felt queasy…um weird! We joked that maybe I was pregnant but deep down in my gut, I had a weird feeling I was. I had felt super tired lately and when I started to think about it, I wasn’t sure when I last had my period.

I decided to take a test that night (because I really wanted to amp up the Sunday scaries lol). I went to the bathroom, peed on the stick, waited for a few minutes which felt like AGES. I was staring at the stick and saw the first pink line appear, and then the second. And my heart just sunk. I walked out of the bathroom white as a ghost and told Kyle I was pregnant. I was so shocked, I couldn’t even cry or talk. I sat in silence trying to wrap my brain around what was happening.

AN EMOTIONAL FEW WEEKS.
The next morning I went to work and told my friend, Sam, to come outside with me. I told her I was pregnant and needed her to schedule an abortion for me. I honestly don’t know why this was my reaction, because I knew I wasn’t getting one. I think I was just so scared, didn’t know what to do, and wanted the problem fixed. Sam kept asking if I was sure and if this is what Kyle wanted too – he didn’t but said he would support me in whatever I did. So she called and made the appointment for me and I left work sick. There was no way I was getting anything done that day ha, I can’t believe I even went in the first place. I got home and sobbed (and sobbed and sobbed). I felt so alone, was shocked, disappointed, scared, helpless, thought my life was ruined…you get the picture…

Kyle was soo supportive and even though he was scared, he was so excited to become a dad. I on the other-hand, was not. We had only been dating for 5ish months and were still in the “honeymoon” phase. The thoughts going through my head were (selfish) no more date nights, no more travel, no more youth. We already talked about getting married someday and wanting kids so I wasn’t worried about that but it was just much sooner than planned.

When I finally called my mom to tell her the news, I asked if she was alone and told her she might need to sit down. I blurted “I’m pregnant” and immediately started crying (for the 280th time that week). My mom had me when she was in high school so I felt like she would be understanding but I was still terrified to tell her. She took the news pretty well but was also shocked. Then I called my (step)dad and he was literally soooo excited. He said he was just at dinner with one of his clients and told him he was ready to be a grandpa. Ummm NOT the reaction I was expecting!! That was the first time I smiled and felt excited about the situation, so thank you dad 🙂 Also, he didn’t tell me this until recently but earlier that year my mom was diagnosed with cancer – and the day she found out she told him she wanted to live so she could be a grandma someday. And now I know that’s why he was so happy, because my mom was getting her wish. (She will be 5 years cancer free this May, yay!)

LIFE HAD JUST BEGUN.
It’s so cheesy but it’s true! It was a process to come to terms with my pregnancy but once I held my baby for the first time, my world was changed for the better. Camden is the best thing that has ever happened to me (Mila too!) and I can’t imagine life any other way now. Even though I thought otherwise, my life still went on. We still travel, go out with friends, have date nights, but now we have something even better to come home to.

Also, I know a lot people reading may be going through fertility issues and I don’t want you to think I’m insensitive to the situation. I have friends and family very close to me that have gone through it and I know the journey is painful. I just wanted to share my TRUE experience with unplanned pregnancy. I’m sending you all lots of love. xx